Compare over 50 top car insurance quotes and save. Compare Quotes

Drivers in the Military in Ohio

Passing the Ohio written exam has never been easier. It's like having the answers before you take the test. 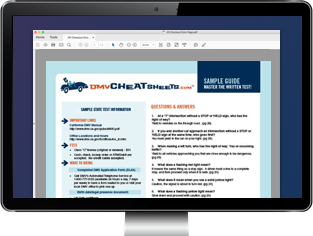 If you are in the military stationed outside Ohio and it's time to renew your license, you may do so by mail. Contact the Bureau of Motor Vehicles (BMV) at (844) 644-6268 to be sent a renewal packet to complete and return, and then a new license will be sent to you. You may also wait until you return as long as you are still on active duty or have been separated from duty for no longer than 6 months.

The registrar may waive the examination of any person applying for the renewal of a license or endorsement who meets the qualifications listed below:

This also applies to spouses and dependents of military service members.

If you've been in service with the Peace Corps, Volunteers in Service to America, or the Foreign Service of the United States, you may renew by mail if the following apply:

The above provisions apply to military spouses and their dependents, as well.

Also, nonresident military personnel may continue to use their current, valid out-of-state license, but their families will need to apply for Ohio licenses.