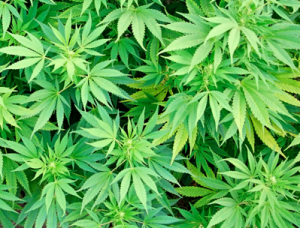 In the same year marijuana was legalized in two states – Colorado and Washington – Twinkies were taken off the store shelves.

Despite this bittersweet victory, 4/20 revelers will be out in mass celebrating marijuana’s red letter day. If you plan on celebrating pot’s growing legal legitimacy be aware of the dangers associated with smoking.

Not the dangers articulated by author P.J. O’Rourke, who said, “Marijuana is self-punishing. It makes you acutely sensitive, and in this world, what worse punishment could there be?” (Watch Ghost with Patrick Swayze and Demi Moore while stoned and you’ll know what O’Rourke means.) But the dangers involved with smoking and driving.

Don’t Speed While Driving on Weed

In defiance of many marijuana advocates who vehemently claim that on-par weed is less a driving hazard than alcohol, studies show that marijuana impairs judgment behind the wheel.

Yes, these numbers pale compared to the fact that alcohol plays a role in almost half of all traffic fatalities. But this is not about alcohol versus weed. It’s about driving impaired. And besides, drinkers far outnumber smokers, thus skewing the numbers.

If you are a 4/20 celebrant, one of the problems you face is knowing how much pot you can have in your system to legally drive. With alcohol, in most instances it is illegal for an adult driver to get behind the wheel with a blood alcohol content (BAC) higher than .08 percent. But because of pot’s sudden legal freedoms, there is no such measuring stick for pot smokers, knowing how much is enough.

State and federal lawmakers are struggling with how to accurately assess this. No where else is this more apparent than in Washington, where state officials set the threshold for legal impairment at five nanograms of tetrahydrocannabinol (THC) per milliliter of blood.

Nanograms? C’mon. We’re talking pot smokers. Do lawmakers actually expect them to know how much pot in their system constitutes a nanogram?

Make the law more simple. Something that pot smokers can understand. Like if you have a sudden urge to listen to Pink Floyd’s Dark Side of the Moon after the third MGM lion roar on the Wizard of Oz, you’re too stoned to drive.

Regardless, the bottom line is use common sense. If you feel your thinking is impaired from smoking too much weed, don’t get behind the wheel of a car. Stay home. Stay where you are. Or, if you must travel, find a designated driver. Or better yet, call a taxi. And who knows, with a little luck your cab driver might know of a store that still stocks Twinkies.

What's your take on taking a hit? Should all states legalize marijuana?